I spent the weekend in Zanzibar. It’s a place with streets like Damascus, music like Cairo and Congo intertwined, and an equatorial climate. It’s perched on the rim of the Indian ocean, ringed in palms, and everywhere bears the imprint of a history equal parts East Africa and Arabia, with plenty of Persian, Gujarati and other Indian Ocean ingredients thrown in. And I even found a band of roving, self-taught capoeiristas. They call themselves the Spartans (which means they have a link to my Guerreiros in New York, more on that later).

So yeah, you could pretty much say I’m in love. Not much time to write now, but here are just a few photos. I didn’t take many, because I hope to go back soon with more time for impressions. 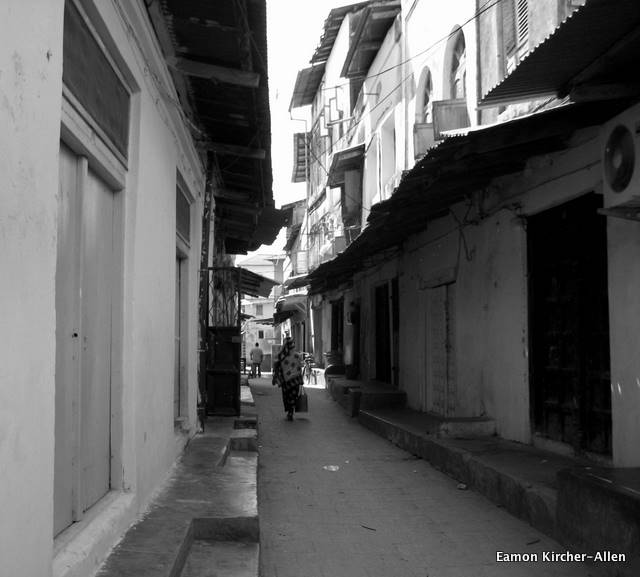 The streets of Stonetown reminded me of Aleppo.

I promise to limit the number of dhow pictures on this blog. Couldn't resist here, though.

Boats idle in Stonetown's harbor. This porch was once part of the Omani sultan's palace. It's now a museum abotu Swahili culture.

The Spartans practicing capoeira. Their game is still in its infant stages, but their acrobatics? Off the hook.

6 thoughts on “Crossroads of the Indian Ocean”